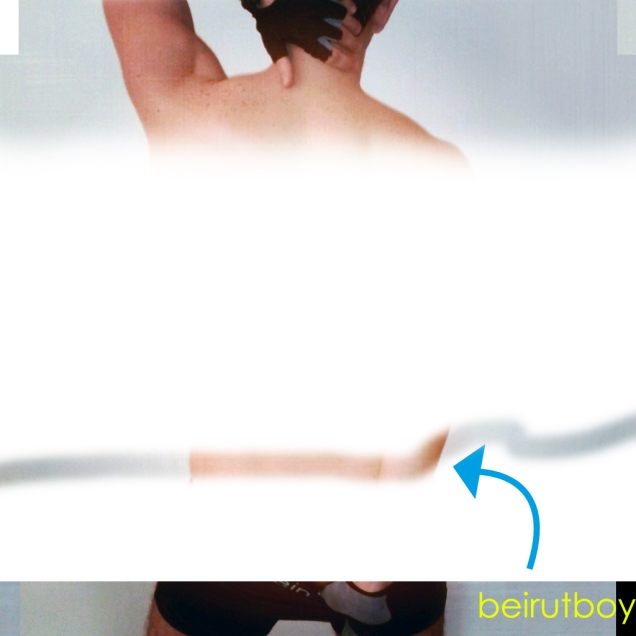 He grabs me by my hair and pushes my head on his face. A passionate kiss. As close as you can get to passionate anyway.

His dick is so hard I can feel it throbbing between my legs. Fuck, this is gonna hurt like hell tomorrow.

We leave Marylin and the other queens and go to his bedroom. Clean. Neat. Unlike my boyfriend’s room. But let’s face it, he is 45 and he has two maids.

He hands me the joint and with one puff, I get even more loosened up. Now, if only my ass can loosen up.

He kisses my neck.

“Mmm…yeah…I like that”, I tell him while caressing his hair.

He touches my hand that’s on his head. Then he grabs it and looks at it.

“You wore it?”, he asks with such delight.

“Of course I did. You told me gym gloves are your fetish. I take your pleasures very seriously”.

I know what he wants. A show.

I move slowly and take off my shirt and my jeans…revealing my black Calvins.

“Yeah…like that”, he says as he pulls out his dick and strokes it. “Now turn around. Show me that ass”.

I slowly turn around and pull my boxer shorts down.

Then I hear him get off the bed and take off his clothes. His jeans. He gets closer and grabs me from behind.

“Put your hands on the wall”.

He kisses my shoulders and licks my back. When his tongue reaches my ass, he pulls my underwear down. He moves my thighs further apart so he could rim me.

For about 5 minutes, he rims my asshole…moaning while he does it.

Then he stops and goes away for a second. I know what he’s getting.

He comes back, stands up behind me and I feel this wet thing touch my ass.

He forces it in me.

I’ve become quite good at overcoming the pain. Getting past the sex. As he fucks me, I close my eyes and think about Joe. About that time when we were in bed staring at each other in the morning.

“Do I have morning breath?”, he asked.

“Oh yeah? Well so do you”, he said while he tickled my stomach.

Tickling! I can’t take it.

“Stop…stop…”, I told him while I laughed hysterically.

“Oh my God. Did you just”, he started laughing.

I was so embarrassed. He was laughing so hard.

“Shut up…shut up!”, I panicked. I stood up on the bed, removed the sheets off of him and started jumping on the bed like a crazy person trying to make the smell go away. Then I gave up and fell laughing next to him.

“You like that, huh?”, Hussein says as he fucks me.

I occasionally have to come back to reality. “Fuck yeah…I do…keep doing that…fuck…”, I scream.

Time for a good memory.

“You know when I knew that I loved you?”, Joe asked me.

I shake my head.

I’m not used to love confessions. So I had to say something stupid.

“If I wasn’t dark-skinned, I would be blushing right now”, I joked.

Then he hit my arm with his hand.

I open my eyes, stare at the wall in front of me as he grabs me by the shoulders, then close them again.

I feel something warm on my right cheek.

“Fuck…Fuck…”, he says, trying to catch his breath.

I put a smile on my face and turn around.

I kiss him, grab him by the hand and take him to bed.

“That was good”, I say while stroking his hair. He looks up at me.

“You’re just sayin that because you have to”.

He stares into my eyes for two seconds, smiles, then goes back to laying his head on my chest. I continue playing with his hair.

“Sleep Hussein. It’s 4 in the morning. You have work tomorrow”

I hate it when they go there.

He doesn’t seem bothered that I didn’t answer his question. He’s sleepy anyway.

My mind is running. Like it always does when I’m in bed with someone other than my boyfriend.

Will I be like him when I’m 45? Will I do those kinds of hook ups? Will I be in a relationship by then?

I can’t sleep. I think about Joe. About what I’m doing to us. He would never understand it.