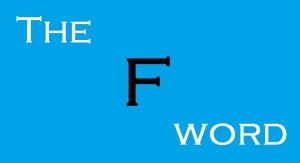 I’m talking about the other F word: fag.

Back in the day, the word “faggot” meant wood or a bundle of sticks.

So how did the term “faggot” become associated with homosexuals?

During the European inquisition, witches were burned alive using wood. But when the people doing the fire would run out of wood or “faggots”, they used gay people instead of the wood. So gays were burned alive “like faggots and wood” to keep the fire going. Get it?

That’s why the term is considered to be pejorative and offensive to gays out there. It just comes from a very dark and hateful place.

So enough with the history, and back to now.

“Fag” and “Faggot” are used a lot within the gay community.

A gay guy can call another gay guy “fag” in a friendly and loving way, and it’s acceptable. On the other hand, when someone from outside the gay community uses it, it’s not acceptable, and so we immediately label the non-gay person using it as a homophobe. So there’s this double standard when it comes to using the word.

In the Lebanese gay community, the words “louteh” and “shezz” come to mind.

If I say to my gay friend: “Shou ya louteh? kifak?”, I say it with love and it’s okay. But when a stranger bullies my friend on the street and calls him “louteh”, it’s not okay.

So is using the word “fag” and dyke (aimed at lesbians) okay ONLY IF your intentions are good?

What do you think?